So there's a sentiment that divides our industry. It's a sentiment I don't place too much value in, people are entitled to it, but I tend to find the shortfalls of the tools we have at our disposal only allow us to get as close to 'right' as we can, and 'right' for some people is a matter of taste, but that's another discussion. Let's look at this landscape shot I took some time ago as an example.

I shot this as more of a technical exercise during winter, I've never been much of a landscape photographer, and don't claim to be, but I wanted to see how difficult it would be for me to put together an image where the dynamic range far out stretched the capability of my camera. This was shot using a Canon 1Ds3 and TS-E 24mm shift lens. It's a vertical planar stitch using the shift movements of the lens, here is a screen grab of the 3 images prior to being masked together. 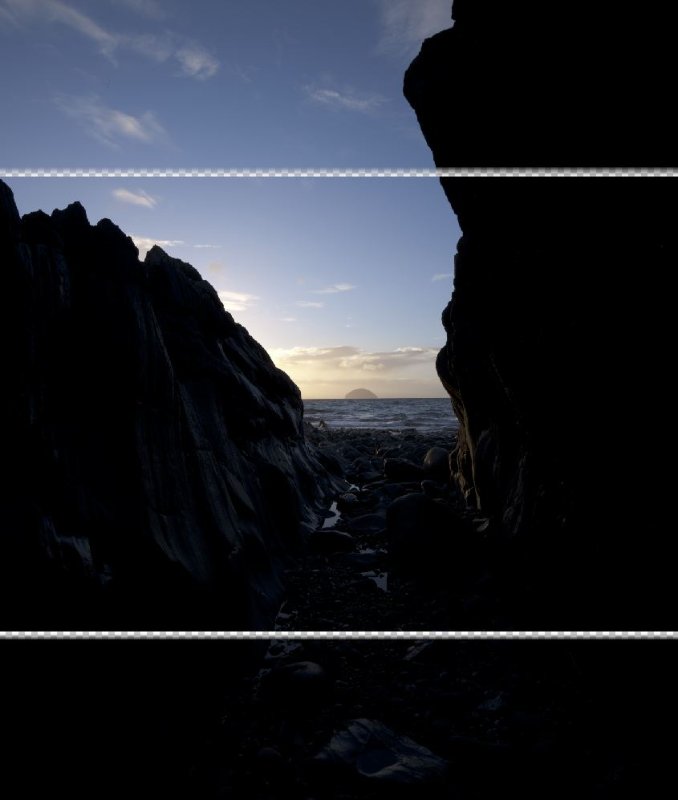 You'll notice how dark the rocks are. In order to expose the sky properly, I've had to drastically underexpose the rocks. I could in theory try and rescue the rocks from this single exposure, but the results would be a step to far even for a RAW file, the digital noise would quite simply ruin the shot. So as far as I'm concerned this is not a shot that is fit for publication, and in my line of work, it has to get to that standard. The get it right in camera crowd could be up against it here. Let's have a look at what happens when we expose the rocks properly, and by properly I mean no clipping in the shadows, we need to mitigate digital noise, and the only way to do so is to never clip the shadows. 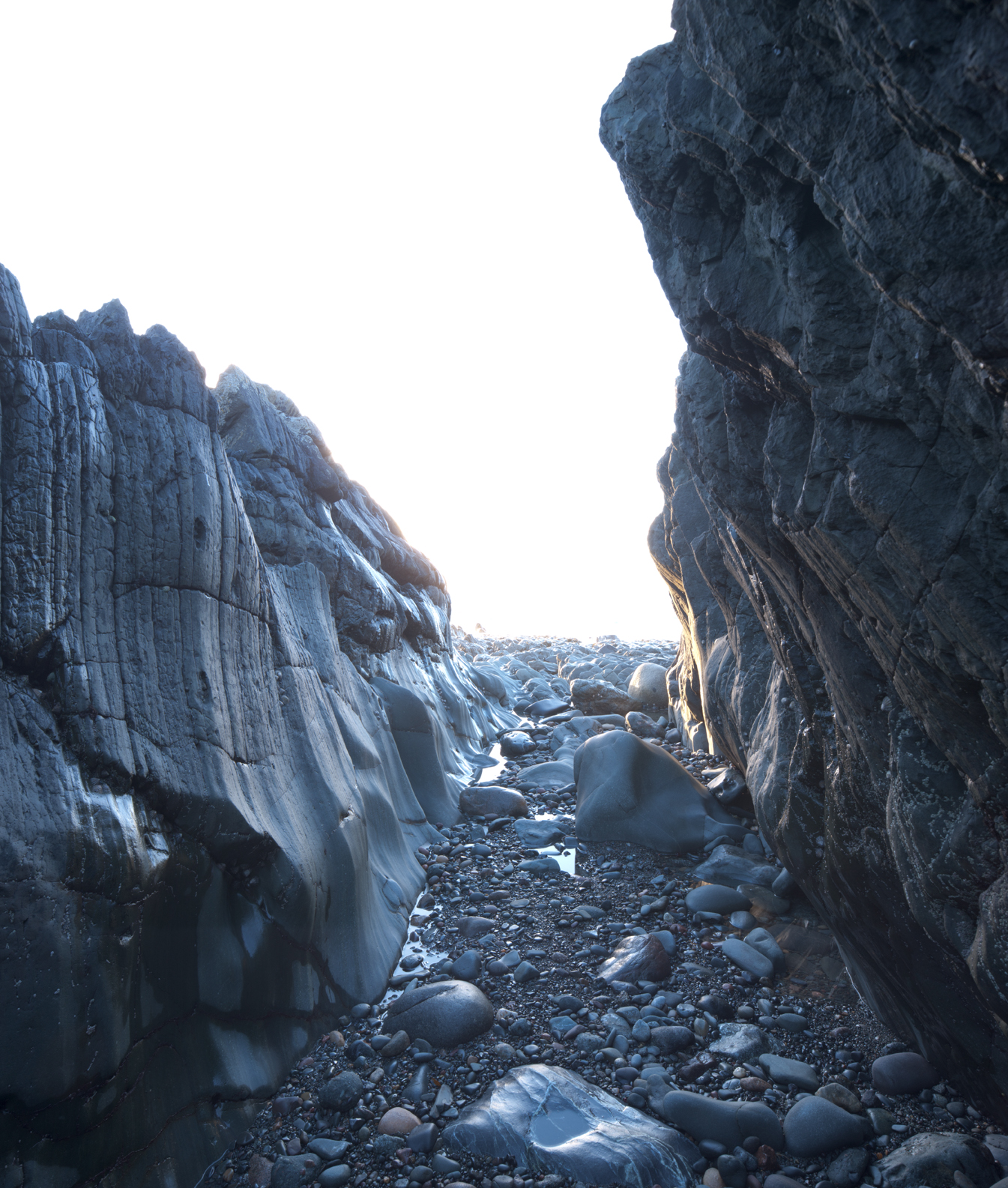 There you have it. Rocks more or less perfectly exposed. Maybe slightly over, but that's how I like it, there will be no noise in the shadows. None. The rest of the image is completely gone though. And once again this shot is not fit for publication. If I showed this to a magazine, I probably wouldn't get any work from them. Ever. So what do you do? You have to bracket your exposures and bring them together to get as close to the original scene as you can. There are a number of different ways to do this. I don't count HDR or image blending as one of them though. Whilst in the right hands this software has it's place, I rarely use it. I blend my images manually, using masks. This method offers me a great deal more control and the resulting images have a much more natural feel. To get a feel for how badly the edges were blown on the left hand side let's look at a close up detail. As you can see the actual definitive edge of the rock is completely gone at points. Working with channel masks I managed to get it to this point: I have to admit even I was surprised at the results. The proof will be in the print, but to be able to get from here:

is a skill I'd rather know than be beaten down by the sentiment of 'Getting it right in camera'. Don't get me wrong, I'm all for getting as close as I can when I can, more often than not I do, but using this clear demonstration of the situations where we can't, what do you do? Walk away from the shot, or use your skills and knowledge to pull it off? If a magazine put me on the spot on a shoot and say 'we really want this for the opening shot of the magazine Neale, can you make sure you get it', you don't say no, you get the shot. Here's an example where this actually happened.

Again shooting directly into the sun, very difficult situation, this was shot at 5am in the morning, and the midges were beyond belief, I was bitten alive. Let's look at the shot I required to expose the sky properly.

I knew this wouldn't work for the opening shot. Almost all the foreground detail is lost and the shadows are completely clipped. If you're a one shot photographer, this is your result. My editor would want to know where all the detail went, where are the trees and houses on the left hand side, why can we only barely see the boat in the foreground? Bearing in mind this is taken on a pro spec camera, with 12 stops of dynamic range. Even if you shot this on a £50,000.00 medium format camera with 15 stops of dynamic range, you're only getting 1.5 more stops in the shadows and highlight. So £44,000.00 for 1.5 more stops at either end, which in reality, is going to make almost no difference in a scene like this, you're still not going to get it right in camera. Granted the medium format camera will output some impressive files to use, but you're still going to be left with an image that isn't fit for publication. It's only when you arm yourself with the post-production (darkroom) skills to get from the above image to this one that you can overwhelm the shortfalls of the tools at hand.

In the days before digital, master printers would manipulate the negatives to produce images that were enhanced to reflect what they saw at the scene, or how they wanted to interpret that scene with their image. Ansel Adams devised his zone system to overwhelm these very shortfalls in analogue photographs. Yes film also suffered from dynamic range issues. He never printed his negatives straight, they were always very skilfully manipulated. Food for thought for the 'get it right in camera' sentiment. As and when you can, but when you can't.........