It's been far too long since I wrote something on this page. Given the time I've had on my hands you'd think I would have written something since the start of March when all my work fell off the edge of a cliff. It doesn't always work that way, and as much as I've beaten myself up and forgiven myself many times over, it is what it is. Many people were compelled to be more proactive and creative during lockdown. I wasn't lazy by any stretch, but I didn't create much in that time. I maintained. Myself in part, but not my camera equipment, which we'll move onto shortly. To be honest there was a part of me that began to enjoy slowing down and actually relaxing for a while. I did spend a fair bit of time on IT, and raking through old archived drives, making sure back ups were in place and looking for some work I wanted to re-edit. Which I got through quite a lot of. My nexus series of images was a body of work that really needed to be gone over, given how much my post-production  skills have moved on since I started creating those images back in 2008. 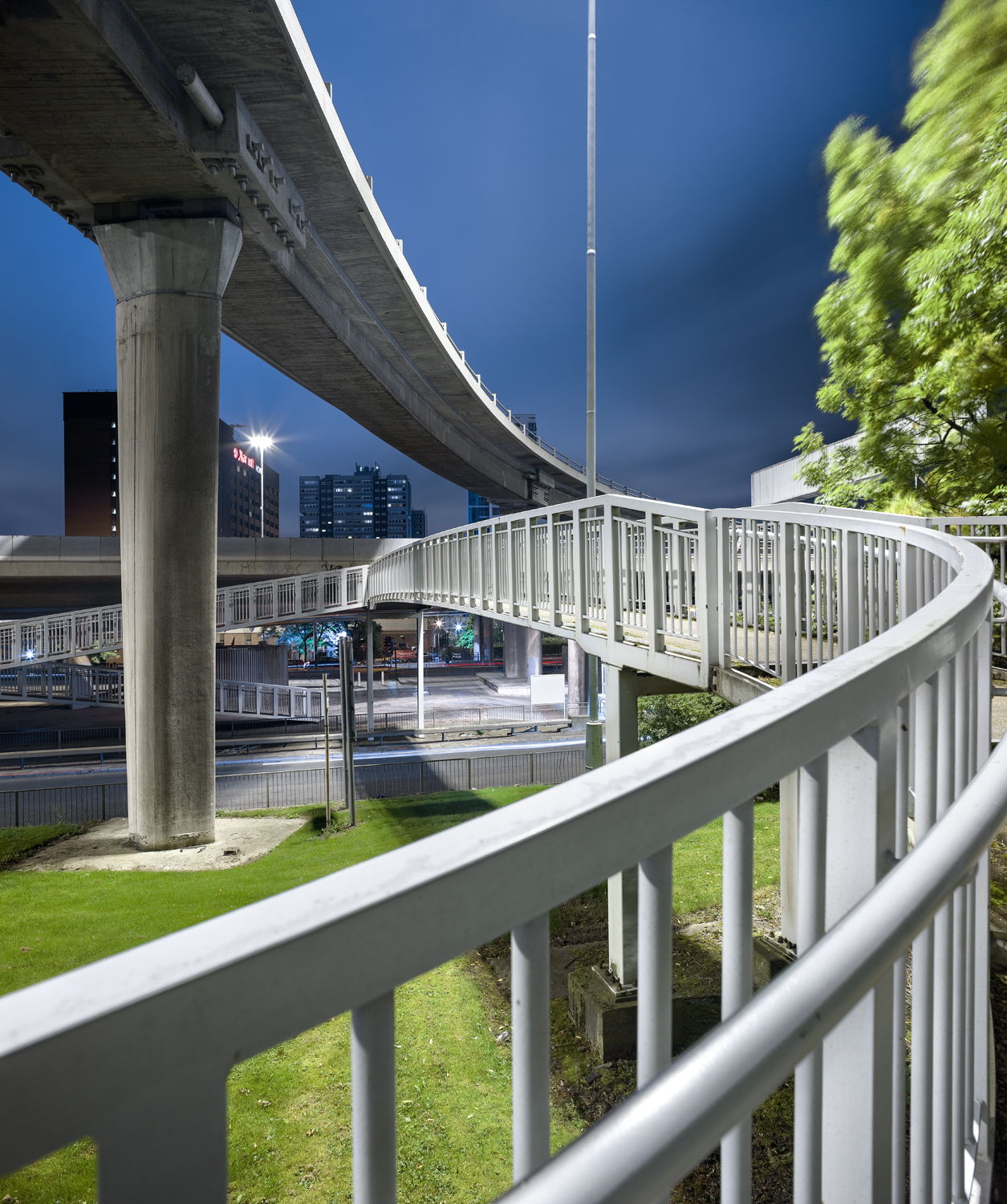 I was never happy with the colours in my original edits, so I re-edited all of them from the ground up with the original RAW files. I've still got a fair amount of images left to work over until I have a full set I'm happy with, but you can see the fruits of my labours so far on the dedcated website page here.

I did manage to get out to Pollok Park to work on some those images as well. It was bizarre this year as I've never seen the place so busy, even the north wood off the main paths was mobbed at points, which made making these complicated composite images all the more time consuming, plus the ground was fairly well trodden. It was good to see the space getting used, but it made me more reluctant to work on that series this year. I've got a few more locations and ideas to try out for this series yet, I'll be waiting for spring, and some new equipment if I have the funds, here's the two I made earlier this year, you can see the whole set here. These images were made using the wonder Godox AD200 light with the bare bulb flash for compositing in bits of light throughout the shot, I need to do a separate blog on that. 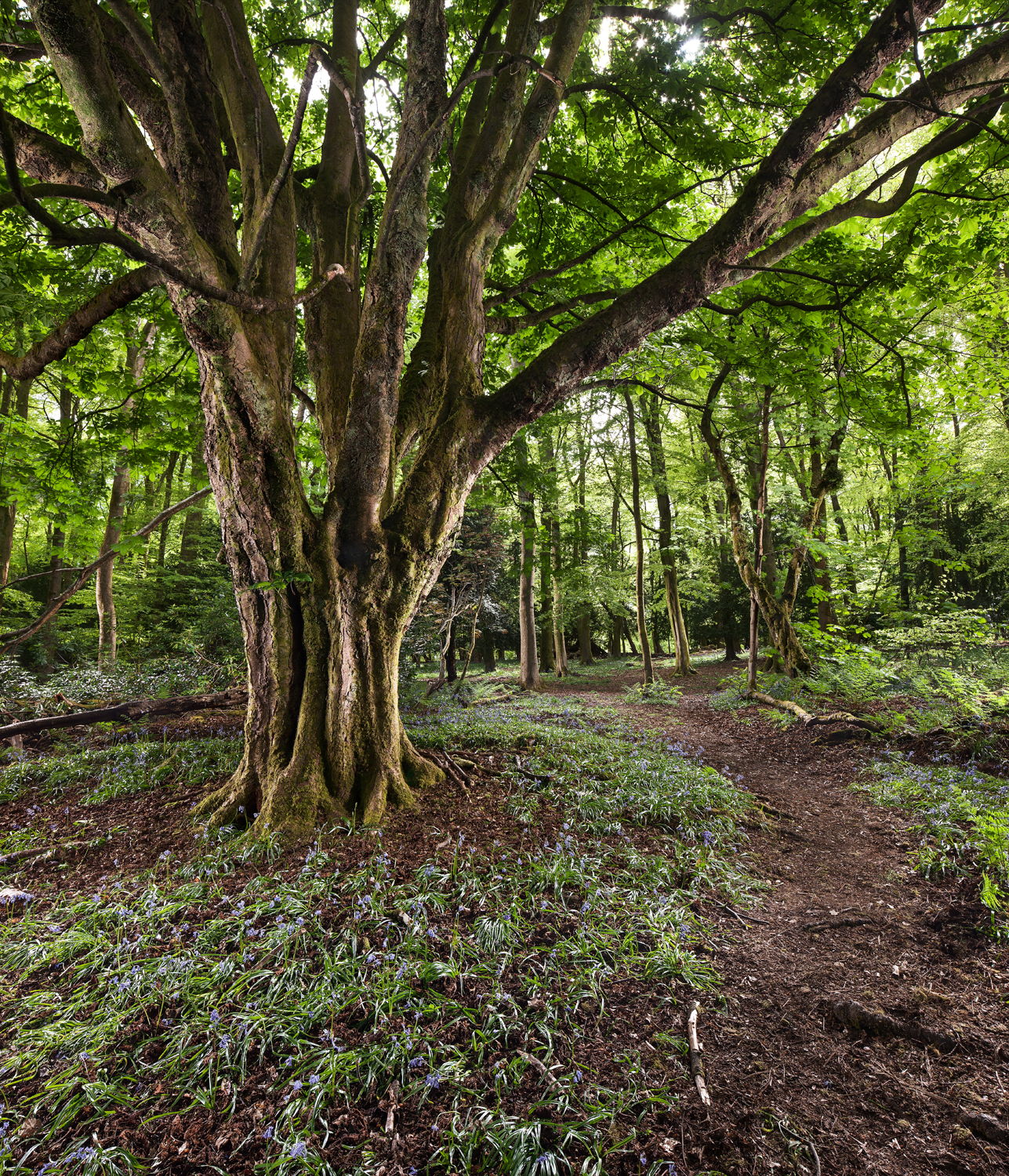 I've also got a fair back cat of Venice images, a place I'd love to get back to despite having visited three times already. There will be more of these in the pipeline, again the edits I made back when I created these images were pretty poor, it's good seeing how much more I can get out of those original RAW files now. I've created a dedicated page for these which I'll be adding to as I work through the archive here. 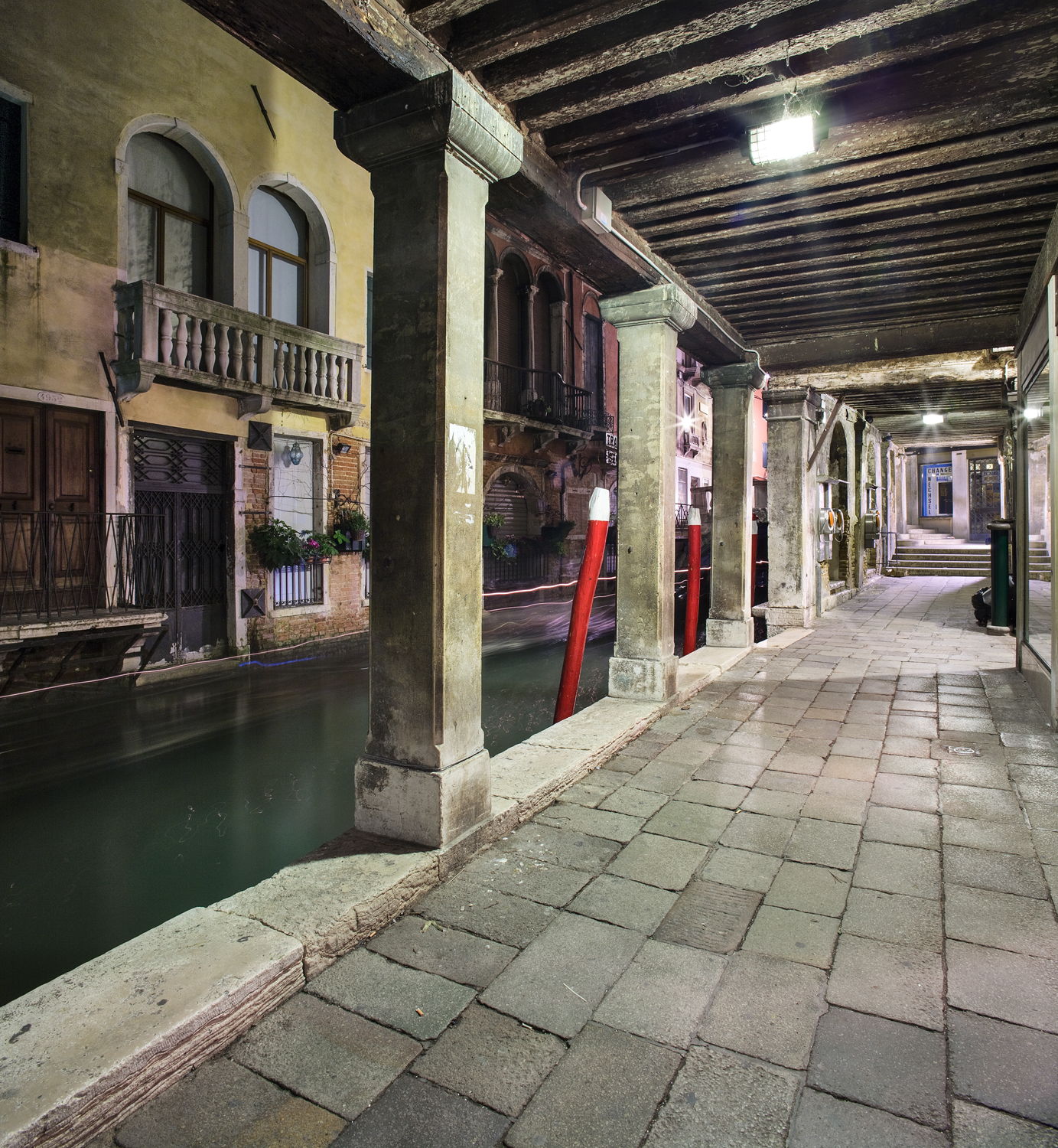 Onto those equipment woes I mentioned earlier. One thing that was happening in lockdown, my lights weren't getting used. Little did I know the effect this would have on the batteries they run on. My main line of work in this gig, is interior and architectural photography. Over the years I've built up a pretty decent arsenal of location lighting, all of which runs on batteries. At last count, and this is purely necessity, I had twelve pack/head combination lights, which I've used heavily over the years, and I've discovered is just enough to light up an entire church interior. Sometimes I've got to light up pretty big architectural spaces. When I first started out, I was always disappointed with the results you get from natural light only in interior images. Even when bracketing to try and combat the lack of dynamic range, you still lose definition on those blown out edges, the colours tend to be all over the place as well. I've just found lighting the best way to achieve the results I'm looking to produce. So for me I have to strike the balance between cost and quantity. Here's some of the lights on a shoot with Louise Bramhill Interiors, Louise consequently won an award for this particular project for the Speirs Gumley HQ. 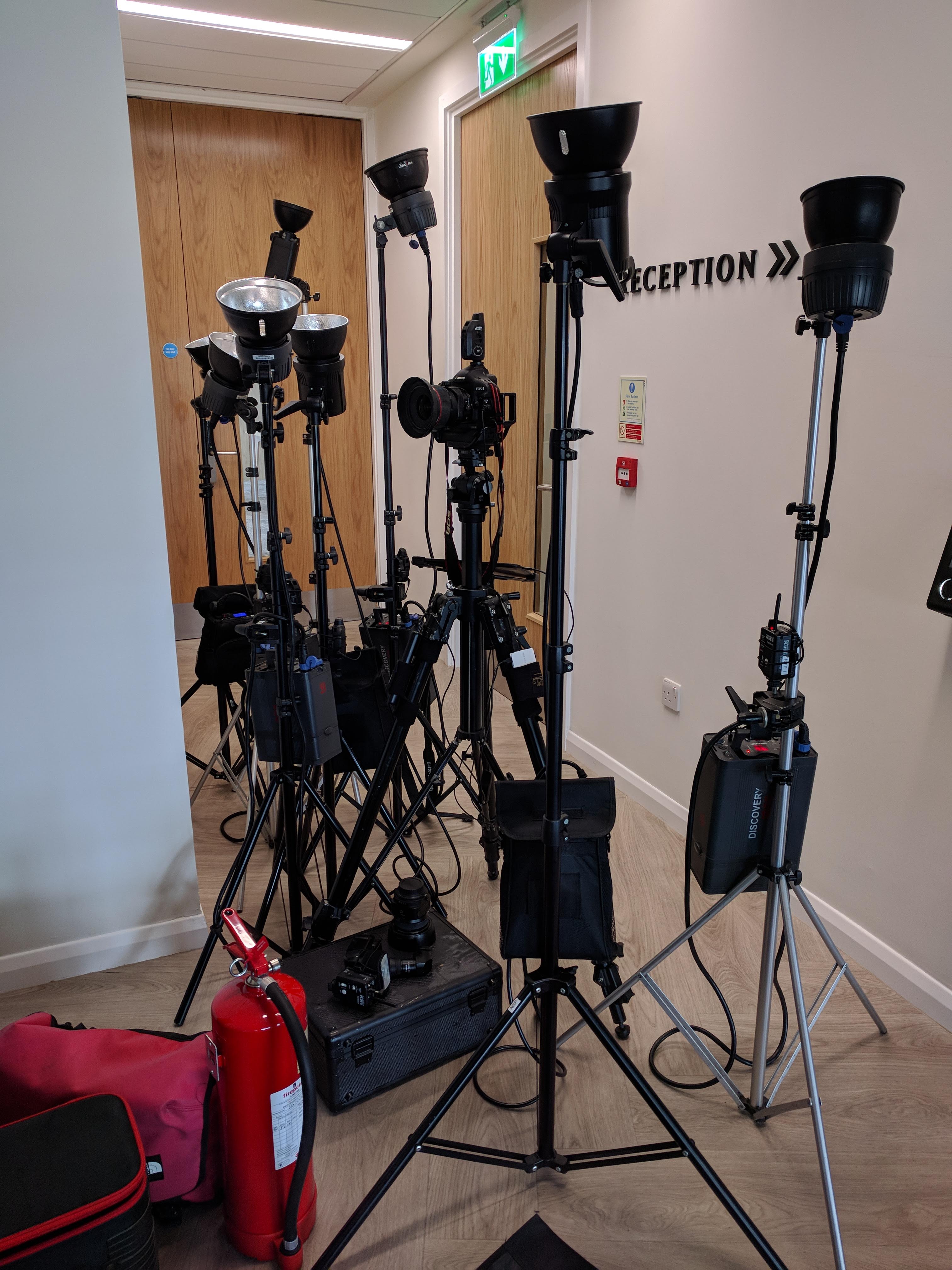 The amount of lights set up in that image is about what I'll work with on any interiors job, it's a lot to schlep around but the results are well worth it: 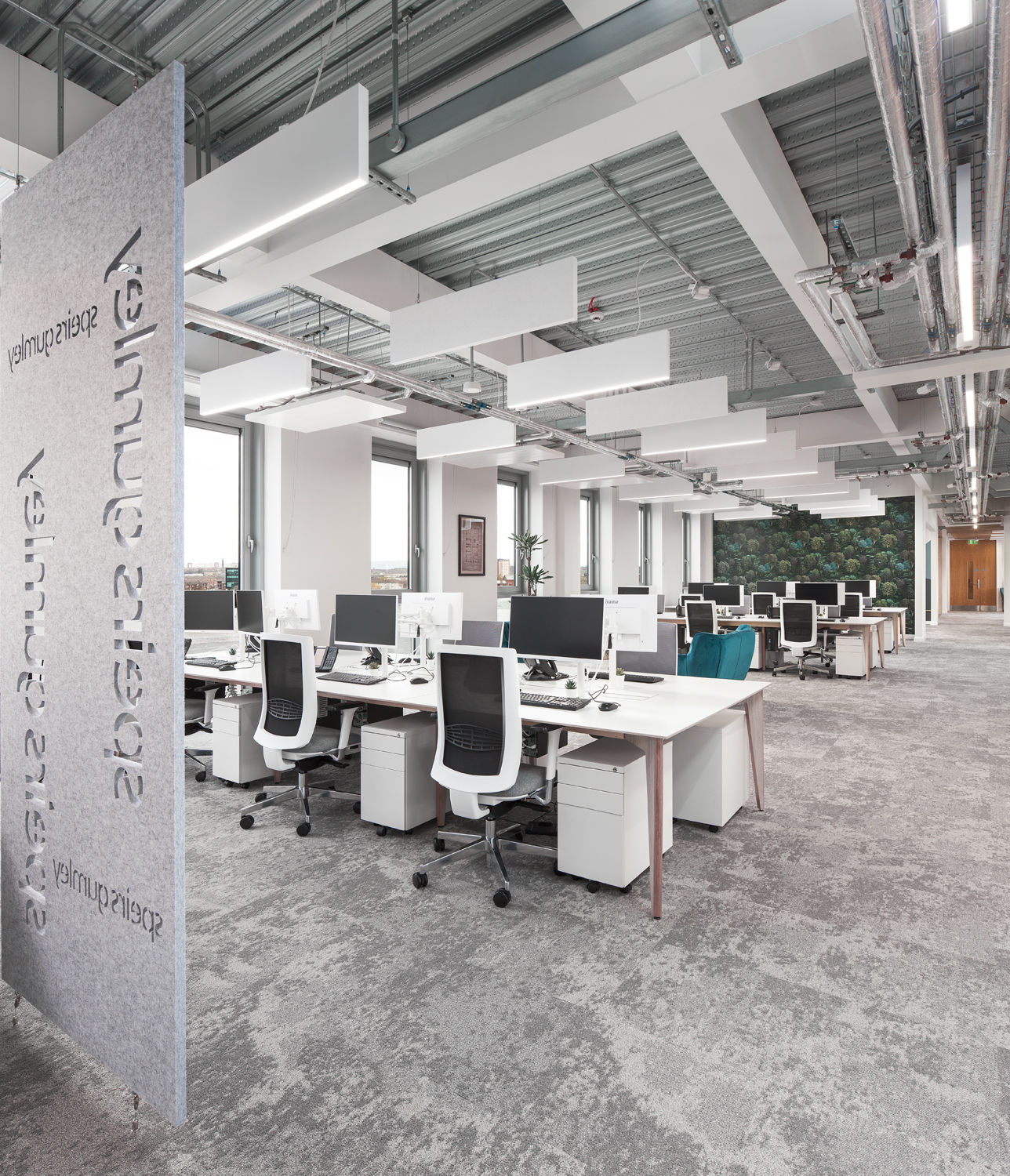 So good few of the batteries have faded on me due to sitting on the shelf in my office for months on end. Which to my horror I discovered when finally a few bits of work started materialising in summer. Thankfully I have enough redundancy in terms of spares to get by on in the meantime, but it is a problem I've started to address, I might just be able to re-cell the packs with some help from a friend in the know, sadly they are no longer manufactured, but there is still a good few years left in them if I can successfully fix the batteries. I reluctantly had to purchase a new pack/head combo to get me through the bits of work I knew were coming, and this came in the shape of the new Godox AD1200 pro, which I have to say has impressed me so far, especially on build quality at that price point, I'm not convinced on the longevity of the battery just yet, but more on that later, it will be going back to get tested once my workload tapers off a bit over winter.

So in terms of what I use for lighting, it's a mix of 600w/s and 1200w/s packs/heads. I need to strike the balance over quantity, and quality. Given the lack of options on the pack/head front at a reasonable cost, this isn't easy, so I was pleased to see such an offering from Godox, I'll probably get another one if work picks up. That's another story. But I will do a more in depth review of the unit soon. Would I like to have an entire Profoto or Broncolor set up? Sure, who wouldn't, bomb proof premium quality gear, but given the quantity I require to shoot interiors, I'd need to blow £70,000.00 on lighting alone! Even in better financial times, that's just not going to happen. I would perhaps look at a good condition used Profoto unit, it would be good to have one to try out, but so much of kit is getting pretty tired, I'm still shooting an old Canon 1Ds3, which I can't complain about, it's been a total unit, and the image quality is till pretty decent for such old tech. Again that's another blog for another time, I'm only replacing that camera once it irretrievably bites the dust, I can't see it happening any time soon, twelve years I've been using that camera, I still haven't seen a pro spec offering that I really want. We'll see where mirrorless goes, but for now, the bodies just look too flimsy for the usage I require.

I'll be going into more detail on my lighting set up, and the repairs if they work, in another blog soon. I'll also be taking a closer look at what has been my biggest problem, wireless tethering. It's been a big part of my workflow for years, and really expedited the methods I use for lighting interiors. I'll go into some details there, as I've now tried a good number of different systems.