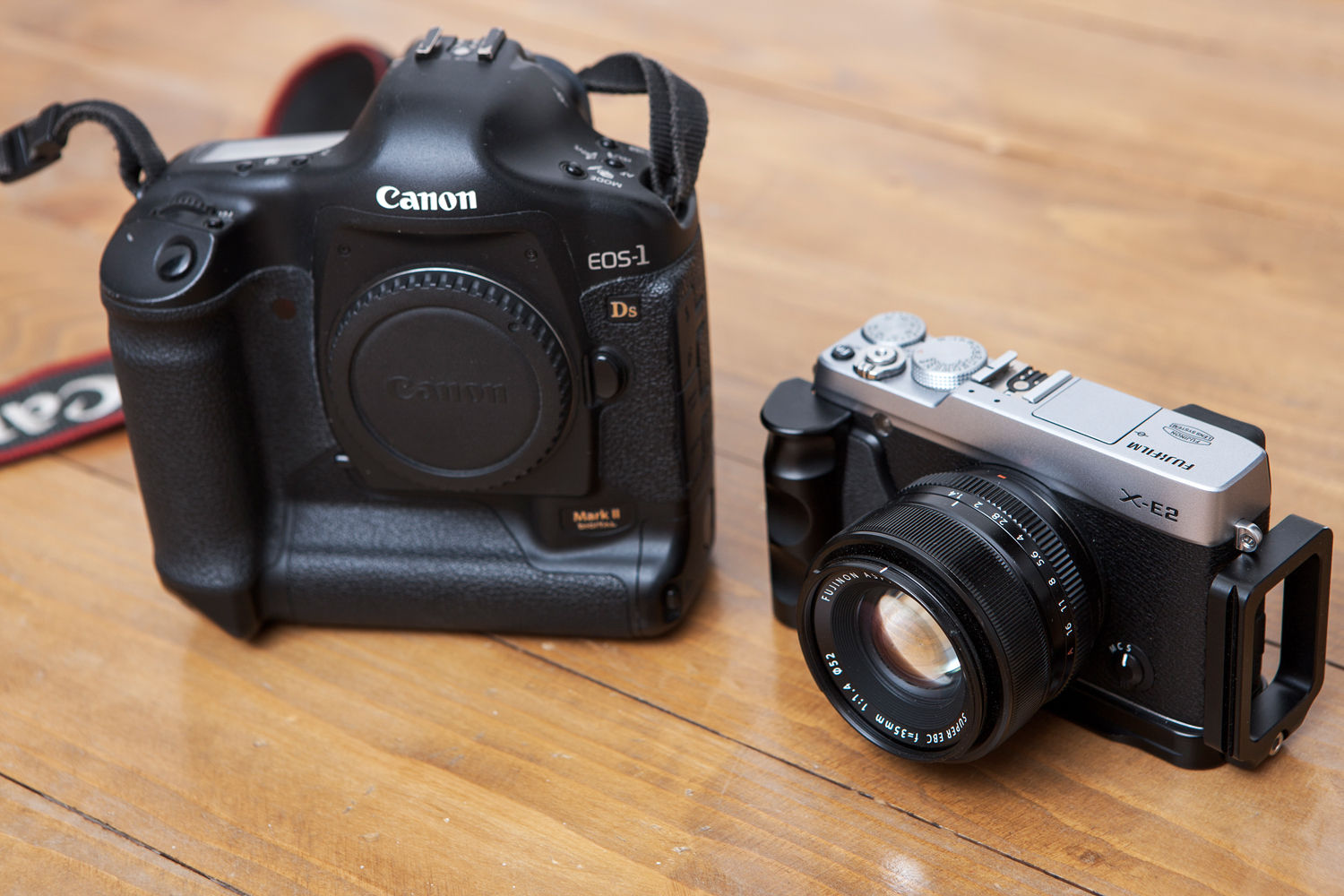 Have to confess to being a late comer to the Fuji 'X' series cameras. No particular reason other than I was happy to shlep around my Canon 1Ds mk3 wherever I saw fit, this included taking the whole kit bag and tripod on numerous holidays over the years, which to be honest I still do, and probably always will. But I have always hankered after something a bit lighter and faster, and well more discreet. I finally settled on the XE-2, nearly went for the X-Pro 1 but the XE-2 had the second generation sensor, and the optical viewfinder is in my eyes completely pointless in the shadow the incredible EVF on the XE-2, I never use the screen to shoot with the XE-2, I really love the EVF. The 35mm 1.4 lens is a great match for the crop sensor as well. most impressed with the performance for the price. I have however been drooling over the new Sony A7R mk2, more on that later.

What I didn't expect to be doing with this fantastic wee camera is shooting actual jobs on it. Not entire jobs, that just isn't possible in my line of work, the lack of shift lenses makes sure of this, and I shoot 99.9% of my work on shift lenses, well up to now anyway. Where I would previously take my old and very well preserved Canon 1Ds mk2 as a second camera to my 1Ds3 for shooting off the tripod, mostly detail shots or quick grab shots of people working when I'm shooting more lifestyle type images. The old 1Ds2 still has pretty admirable image quality for such an old camera, no getting away from it, but the XE-2 packs a similar pixel count, and those pixels are unbelievably good, the RAW files are 14 bit as well which isn't a deal breaker, it's good to know they are just that bit better though. Further to that I can happily shoot the XE-2 at 3200 ISO, sure it's a tiny bit noisy, but you can't go beyond 1250 ISO on the old 1Ds2 without it being problematic. If you're lighting your work properly as well, which in most cases I am, the files are just magic. I've been surprised by how much it gets used on jobs, great for the handheld stuff. 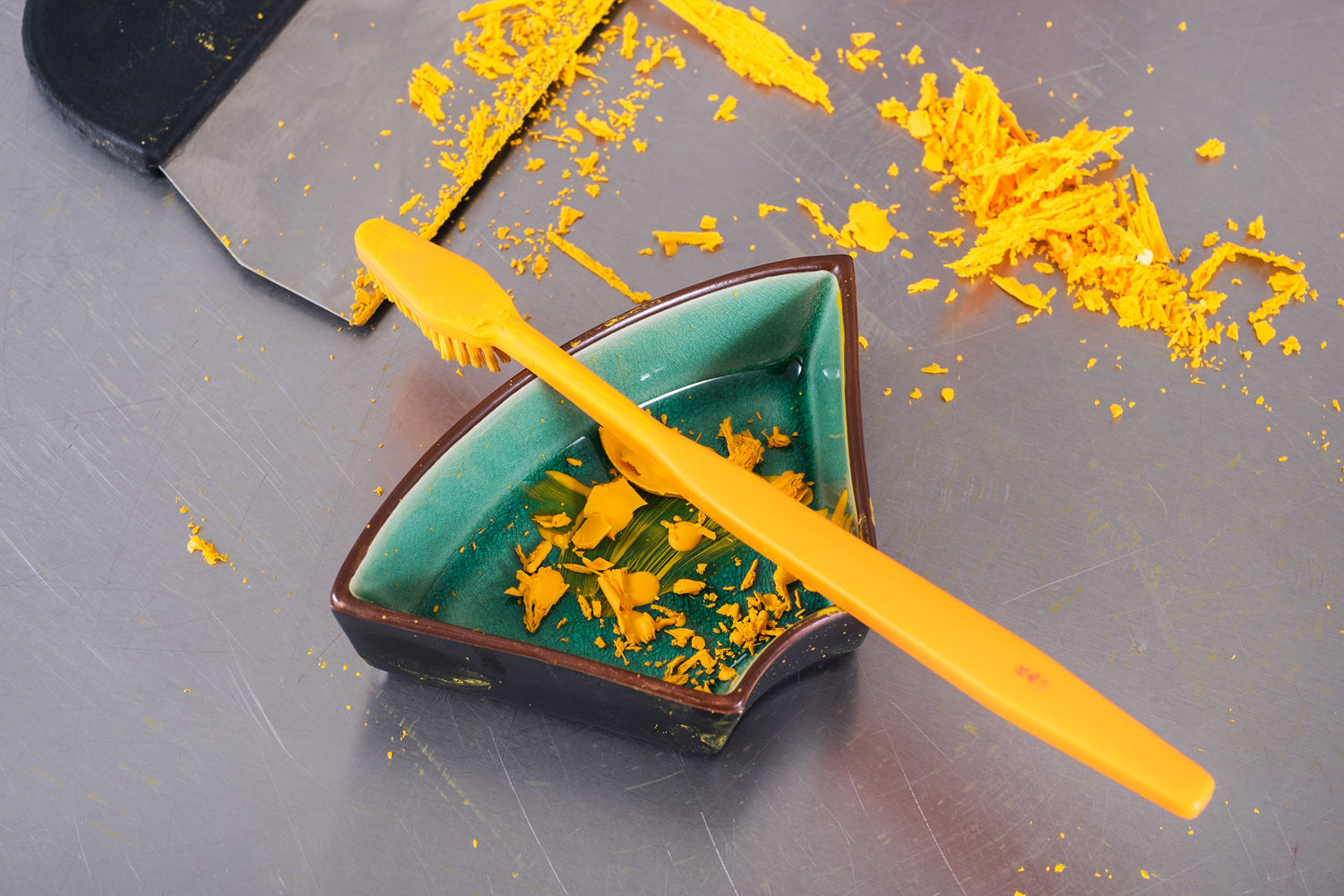 It's details like this where it really works, the colours and sharpness are incredible, this is from a recent Homes & Interiors Scotland shoot, this particular image wasn't published, but it will be on my website soon with the full set of images from that shoot. It was on chocolatier Stacey Hannah, owner of Sugar Wings. I actually pumped the battery on this shoot, which totally bummed me out, I'd got so used to using in on that shoot, still need to get a spare! 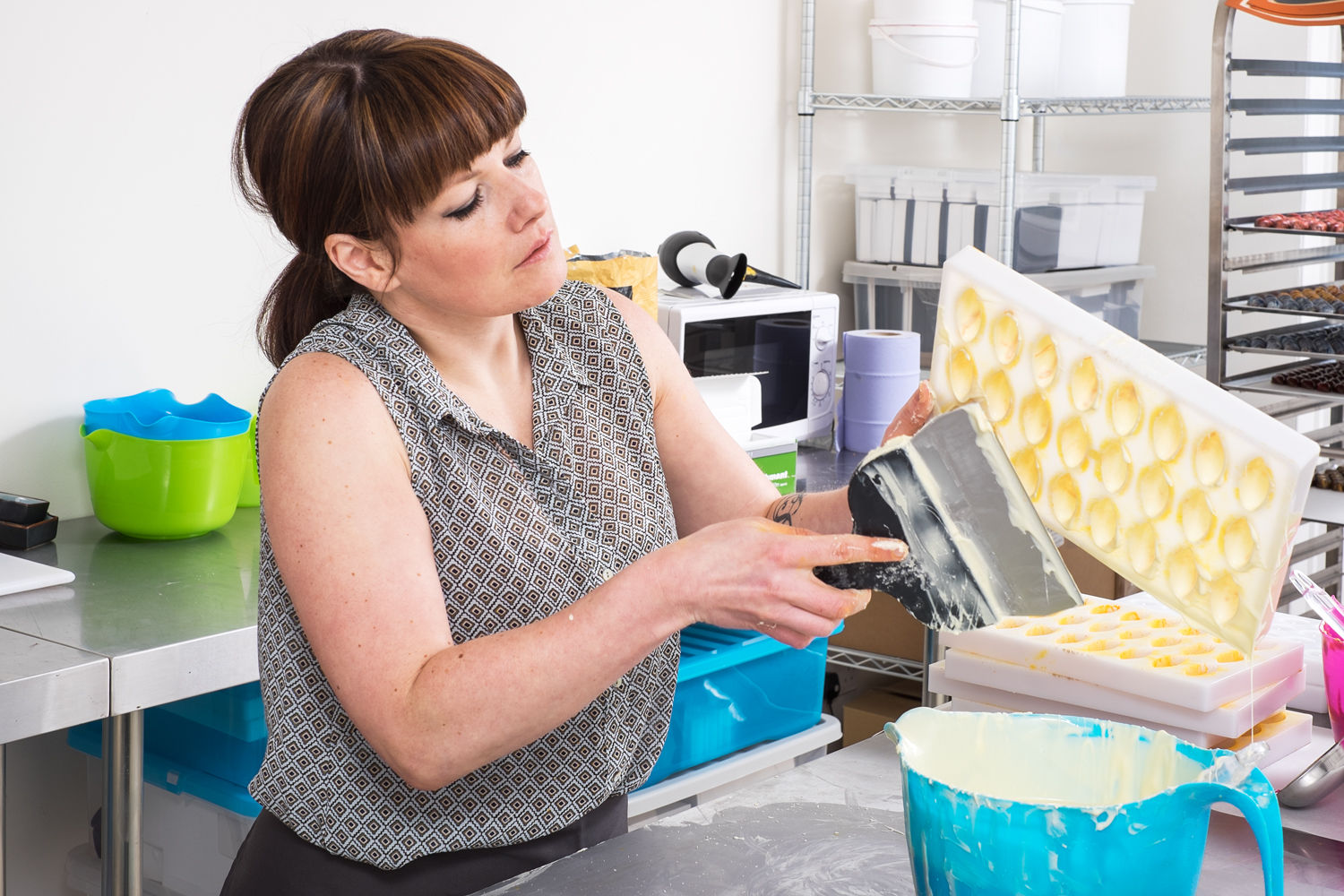 Here's another detail shot from the This Life feature in the same issue of Homes & Interiors Scotland featuring Rosie Leslie owner of Wild Rose Flowers. The speed I can move around with using this camera really opens up the number of shots I can take, and editorial are always looking for shots like this to drop in, they might not be main shots but they augment the collection perfectly for magazine requirements, and there can be no question of the quality. 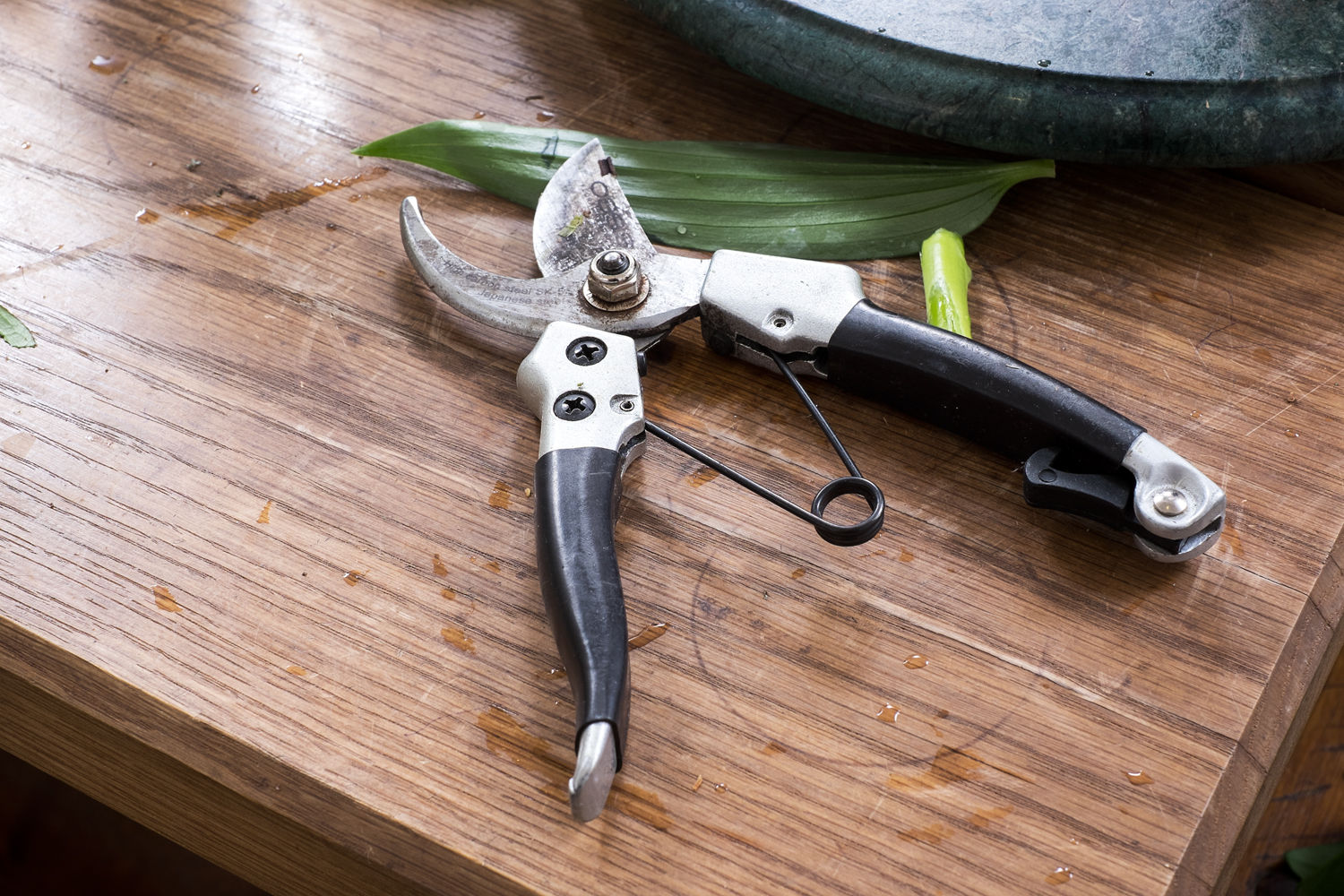 Another upside is finally shooting some half decent behind the scenes shots, something I'm going to be doing a lot more of, I'll be featuring a section on this part of the shoots on my website soon. Prior to the XE-2 I was shooting these shots on my phone, and we all know how truly crap phone cameras are, even the newer generation models when it comes down to the pixels aren't great. This is art director and Editor of Homes & Interiors Scotland Gillian Welsh on location with me at the above mentioned shoot. This was shot at 1600 ISO, there's no real evidence of it, maybe a bit of artifacting here and there in the shadows, but I couldn't believe how good it was at high ISO. If anyone is interested, the tablet mount on the tripos is a Tether Tools AeroTab S2. 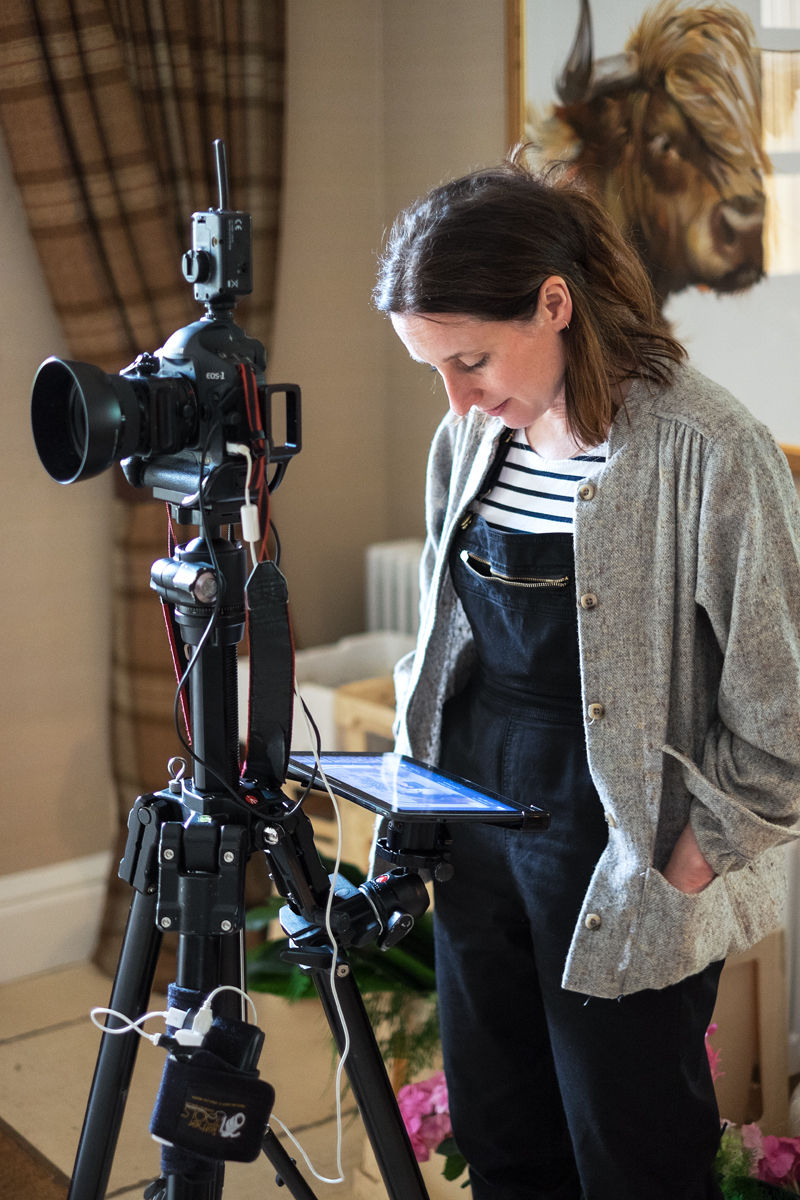 So not only do I have a camera I can keep on me at all times, I've got a second one for those faster moving shots. I think it was the guilt of sometimes heading out the door with no camera on me, it is nice to leave it behind sometimes, but you can guarantee that's when you'll see something that you want to shoot. Granted like the shot below a lot of the times these are just throw away shots, but I think it's important to be taking these throw away shots, and to keep on taking them, nobody ever has to see them, and there is always a reason somewhere for you to be attracted to the shot in the first instance. 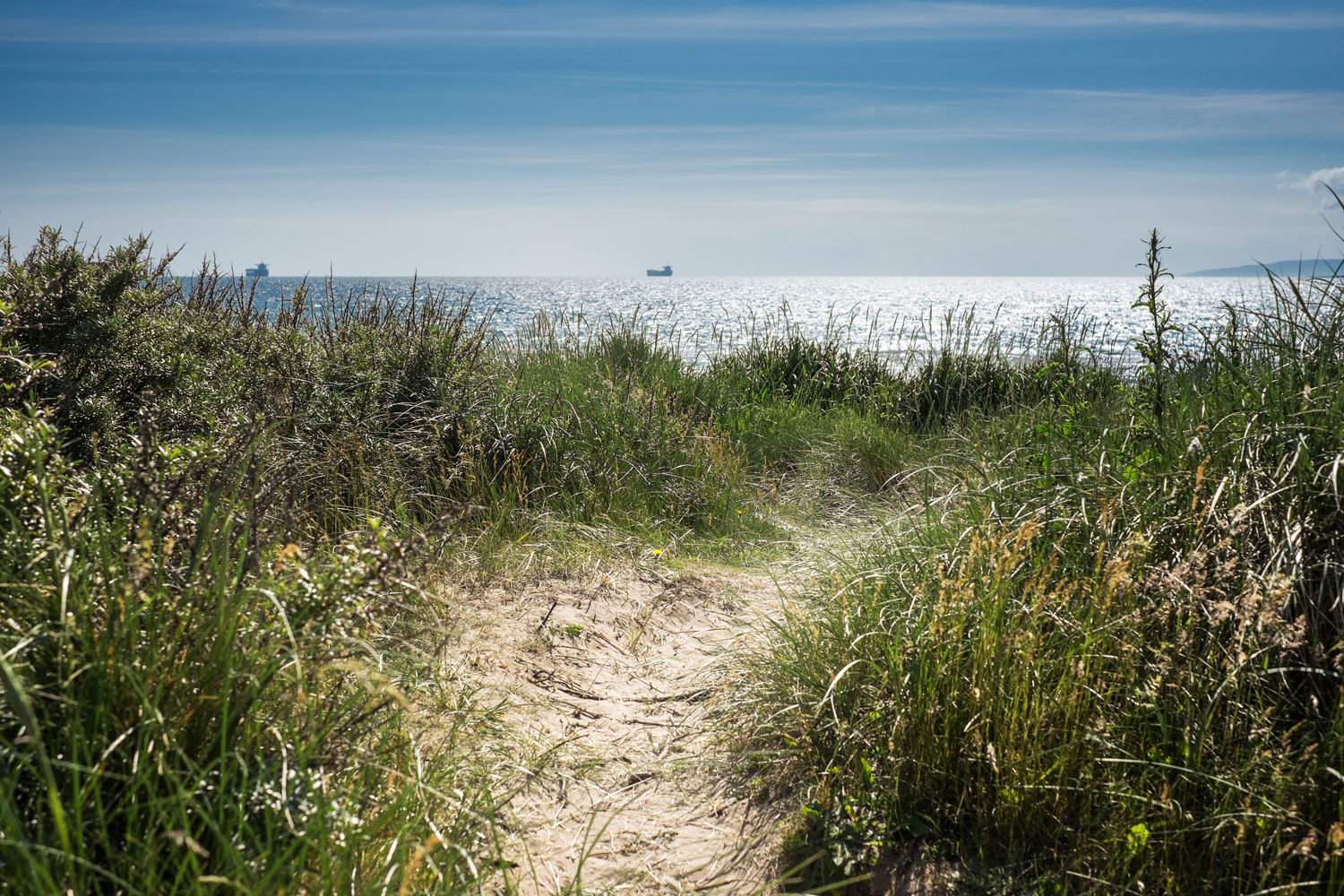 Which leads me to the new Sony A7R2, it's pricey, but the specs are off the scale, and the IQ is supposed to be quite incredible. Get a metabones adapter and I have a second camera that I can have on me at all times, and probably shoot architecture on with my arsenal of Canon TS-E shift lenses. No doubt that will be next, unless Canon get their finger out and update the 1Ds3, how long have I been waiting for that though?