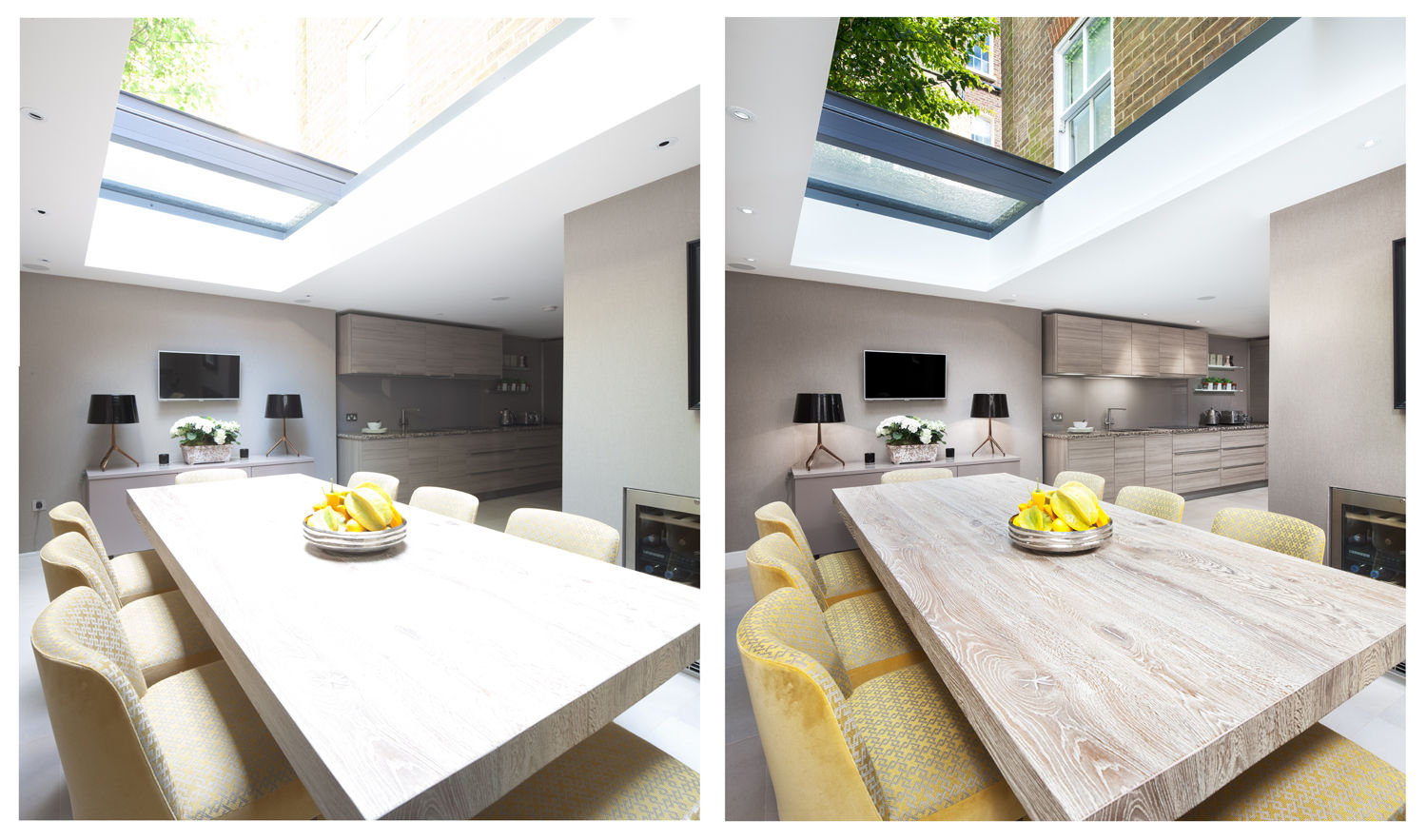 Hopefully the two versions of the same image above say it all, some might disagree or simply not have a purpose for professionally shot photography, that aside I cannot bring myself to shoot anything other than what I'm absolutely capable of at the time. If my name is on it, I need to know I've done my level best with the knowledge I have, and I'm always learning, and hopefully always will be, it's how you move forward.

The image on the left is a straight up ambient frame to determine exposure values for the final shot, I also used parts of that shot in the final edit, not that you would know. Notice how dark the far right corner is, and also the lack of details through the skylight and on the surface of the table. Nobody in their right mind would accept the shot on the left. With such a scene it's impossible to capture it in one frame, even with a high spec pro camera, the dynamic range is way outside the capabilities of the camera. This is why it pays to have a professional on board who has an arsenal of techniques to overwhelm the technical problems on location and produce the shot on the right. You might argue the composition could be better, we were however limited with the space, in this particular shot I had the camera jammed into the corner of the room, it had to operated remotely, being able to control my camera via a 10" tablet really came into play there, another good reason to get a professional in, they'll have the equipment to deal with the problems, allowing them to take shots that would otherwise be impossible.

The shot on the right was almost completely captured in camera, there were some issues that still had to be dealt with in post production, but the whole point here is the end product and the value of that product to businesses looking to attract more customers, and also have a professional record of the projects they have poured their own blood sweat and tears into. How can you put a value on that really? 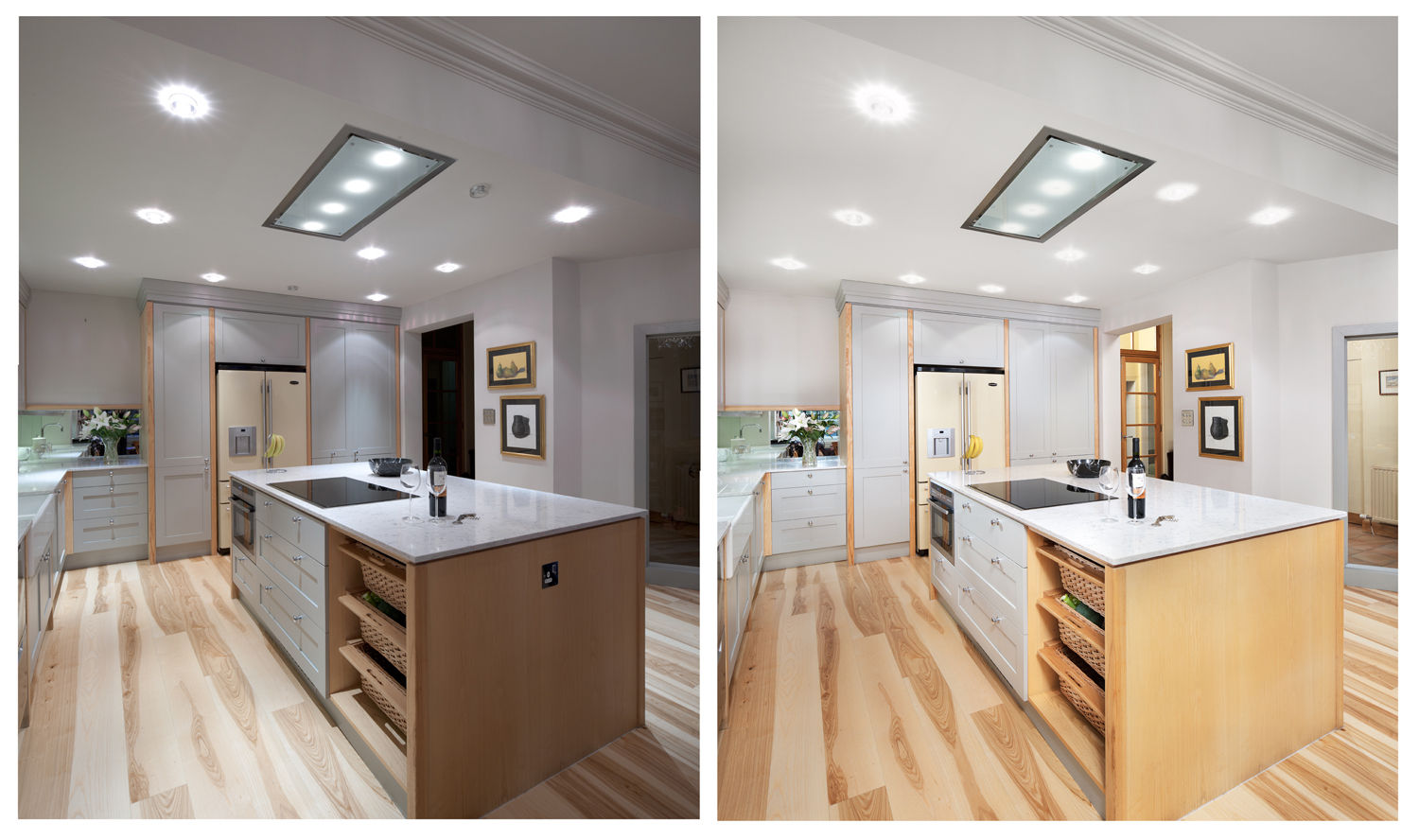 One quality image is worth more than any quantity, and that quality can only be delivered by someone who has experience and knowledge in the field and later in post production, it's the flip side of the same coin, and I hope you'll agree worth spending money on.